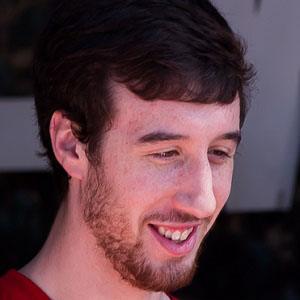 Forward who led the University of Wisconsin Badgers to the Final Four in 2014 and to the NCAA Championship game in 2015. He was also named AP Player of the Year in 2015, becoming the first Wisconsin player to receive the award. He was selected ninth overall in the 2015 NBA Draft by the Charlotte Hornets.

He was first-team all-state at Benet Academy in Illinois.

His parents are named Frank and Mary, and his father played basketball at Lewis University. He has two sisters and four step-siblings.

He broke shooting guard Michael Finley's Wisconsin single-game scoring record of 42 by scoring 43 points against North Dakota in a 2013 game.

Frank Kaminsky Is A Member Of