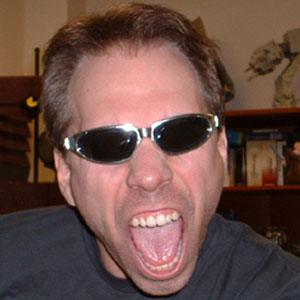 Musician best known as a contributor to video-game scores such as "Star Wars: Empire at War" and the "Command and Conquer" series. He called his style of music Rocktronic.

He was drumming by the time he was eight and playing professionally by age 11. He was hired by Westwood Studios when he was 17, where he worked on the "Lands of Lore" series and the "Dune" games.

He produced and played on albums for other artists and bands when not composing, such as "There's a Home" by I AM and "Mmm, Mmm, Mmm" by Home Cookin'.

He was born into a family of musicians, many of whom performed on the Las Vegas Strip.

He was heavily influenced by Depeche Mode and frontman Dave Gahan.

Frank Klepacki Is A Member Of