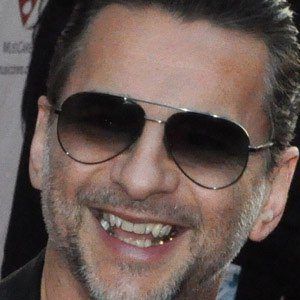 Baritone singer and songwriter with the electro-rock group Depeche Mode who also had a successful solo career.

He studied at Southend Art College. He joined Depeche Mode in 1980; the band was originally called Composition of Sound.

He released his first solo album, called Paper Monsters, in 2003.

Dave Gahan Is A Member Of