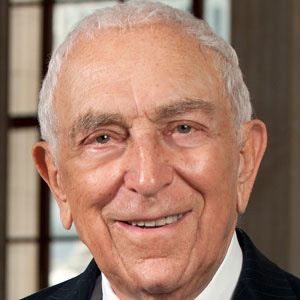 Successful businessman who became a Senator representing New Jersey in 1982 and who was the last serving veteran of World War II in the United States Senate. He has written and sponsored legislation that combats drunk driving and provides better consumer protections and public transportation for citizens.

After graduating from Columbia Business School he was the first salesman and eventually first CEO of Automatic Data Processing.

He authored the Ryan White Care Act, which provides services to AIDS patients.

He had four children with his ex-wife Lois Lautenberg.

Like him, Dan Coats entered politics after retiring from his day job.

Frank Lautenberg Is A Member Of