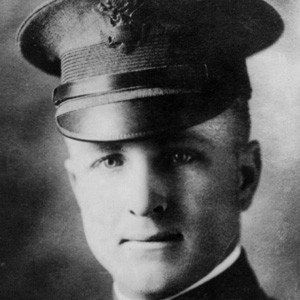 World War I hero who earned the Medal of Honor for his ability to shoot down heavily-protected German observation balloons.

He enrolled in Army flight training, graduated in January of 1918, and immediately shipped off for France.

He was nicknamed "Balloon Buster"; during a period of seventeen days in September of 1918, he shot down fourteen enemy balloons and four airplanes.

He grew up in Phoenix, Arizona, as one of nine children born to German immigrant parents.

He and French national hero Georges Guynemer were both ace pilots of World War I.

Frank Luke Is A Member Of