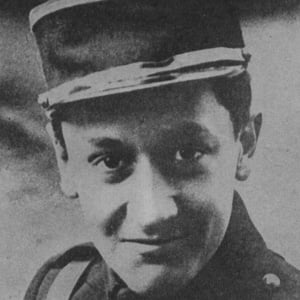 He was initially rejected for military service, but he became a military mechanic and was able to work his way up to pilot training.

He was shot down in 1917 and presumed lost. The blow of a national hero's death was softened for French schoolchildren, who were told that Guynemer had flown so high that he could never come down again.

He was born into a wealthy French family.

Georges Guynemer Is A Member Of