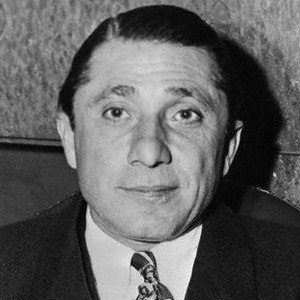 'The Enforcer' for Al Capone who also took over as leader of the crime empire during Capone's imprisonment.

Despite his tough nickname, he rarely got his hands bloody dispatching Capone's enemies, preferring to dole out the work to subordinates.

After the end of Prohibition, he turned the Chicago Outfit to Hollywood, extorting money from the biggest studios, in the process becoming a subject of fascination by the directors.

He was married four times, with one of his wives meeting a violent end in the hands of the police.

Billy Drago played him in the film The Untouchables.

Frank Nitti Is A Member Of