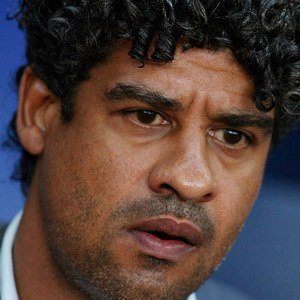 He was 17 years old when he began his professional soccer career.

He was featured in The Daily Telegraph for the type of players he recruited.

He was first married to Monique Olgers, then after a divorce, he married his second wife, Carmen Sandries.

He and Gareth Southgate both became managers after their soccer careers ended.

Frank Rijkaard Is A Member Of