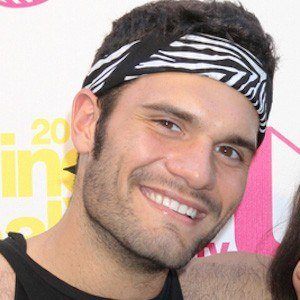 Reality star who first rose to fame starring in the 26th season of the hit MTV series The Real World: San Diego. He then went on to appear in three consecutive seasons of The Challenge: Battle of the Seasons, Rivals, and Free Agents.

He graduated from Middlebury College where he earned a degree in both Spanish and molecular biology.

After his reality career, he became a fitness instructor for SoulCycle in Los Angeles, California.

He has a sister named Victoria.

He competed with Trishelle Cannatella in the 23rd season of The Challenge: Battle of the Seasons.

Frank Sweeney Is A Member Of