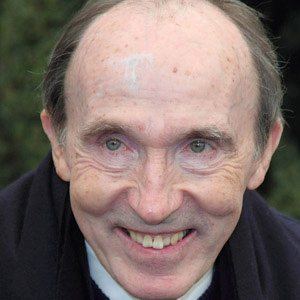 Founder of the Williams F1 Formula One racing team in 1966. He funded the team by working as a traveling grocery salesman. He had a short stint as a driver and also worked as a mechanic before finding his place on the business side of the race track.

He was educated at St Joseph's College, Dumfries, in Scotland.

He was honored with knighthood in 1999. He received the Wheatcroft trophy in 2008 for his work with Renault engines.

He was born and raised in South Shields, United Kingdom. He married Virginia Williams, who died of breast cancer in 2013.

Many famous and greatly successful racers competed for the Williams F1 team including Jenson Button.

Frank Williams Is A Member Of