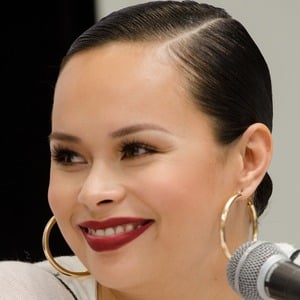 Actress who is known for her time on the New Zealand TV series Shortland Street where she has played Ula Levi. She began her run on the show in 2010.

Before she was cast on Shortland Street, she had only ever acted in drama class. She attended the Auckland Girls' Grammar, where she was studying drama.

She appeared in 278 episodes of Shortland Street between 2010 and 2014 as Ula Levi. In December 2014, she participated in KFC's Fight for Life boxing tournament, losing to Millie Elder-Homes.

She was born in Samoa, and eventually moved to Auckland, New Zealand at age 3. She lost her father at age 6 when he died suddenly of a heart attack.

She starred alongside Robbie Magasiva, who played her character's father, on Shortland Street.

Frankie Adams Is A Member Of