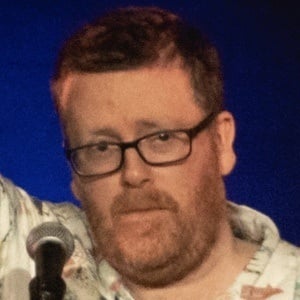 Scottish funny man who is known for being a panelist on the BBC comedy series Mock the Week. He has also written for Jimmy Carrs Distraction and Sean Lock's TV Heaven, Telly Hell.

He started performing as a comedian at age 23, after earning an English Literature degree from Sussex University. He first began to receive attention after performing at The Stand Comedy Club in Edinburgh.

He earned a top-selling comedy DVD with Frankie Boyle: Live in 2008.

He made a special guest appearance on the Graham Norton Show in 2007.

Frankie Boyle Is A Member Of