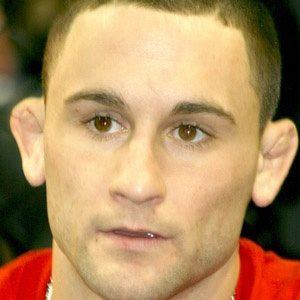 American wrestler and Jiu-Jitsu specialist who is a former UFC Lightweight Champion.

He was a NCAA Division I wrestling All-American at Clarion University.

He was awarded 2011 Fight of the Year honors by Sherdog and the World MMA Awards.

He married Renee Edgar on April 12, 2008; the couple has two sons, Francesco and Santino.

His bout against Gray Maynard on January 1, 2011 ended in a draw and was named Fight of the Year by Sherdog and at the World MMA Awards.

Frankie Edgar Is A Member Of