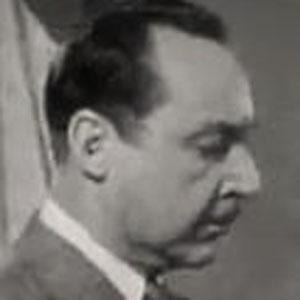 He played dramatic roles on Broadway, appearing in six productions before shipping off to serve in WWI.

In almost every one of his films, his fastidious, almost neurotic characters became upset over their foils' free-spirit antics.

He was favorite actor of Preston Sturges, and was upstaged in many of his films.

Franklin Pangborn Is A Member Of