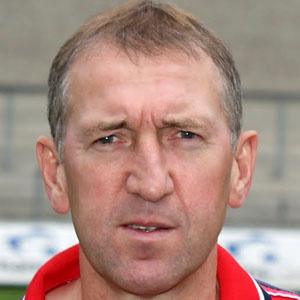 Defensive midfielder who was considered one of the best Belgians to ever play the sport. He earned 86 caps with Belgium between 1982 and 1998, appearing in four straight World Cup tournaments.

He began his career with Racing White Daring Molenbeek (RWDM), where he earned a reputation for outstanding defensive positioning.

He spent his club career with Molenbeek and Club Brugge, making 462 appearances for the latter.

He grew up in Ninove, Belgium.

He made his final start for Belgium's national team in 1998, 8 years before Thomas Vermaelen would join the team.

Franky Van der Elst Is A Member Of