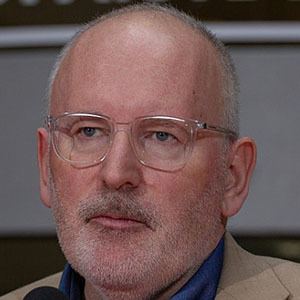 Politician from the Netherlands who is best known for being the diplomat nominated as Executive Vice President-Designate of the European Commission. He has been a strong proponent for the European Green Deal. He also has a popular Twitter account.

He first posted to his Twitter page in April 2013.

He has amassed over 190,000 followers to his Twitter page. He attended St George's British International School when he was a teenager.

He has a wife named Irene Timmermans.

He is a popular European politician similar to Angela Merkel.

Frans Timmermans Is A Member Of