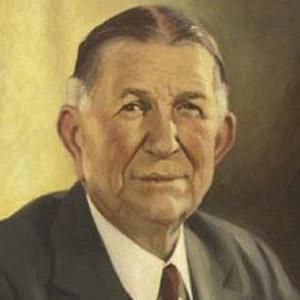 Affiliated with the Democratic Party, this American politician served from 1937 until 1941 as Florida's twenty-seventh Governor. Previously, he had served as President of the Florida Senate.

After studying at the University of Florida (then called the Florida Agricultural College), he sat for his state's bar examination and subsequently opened a legal practice in Lake City. He later became one of the founders of a prominent Florida bank.

He was a three-term Mayor of Lake City, Florida.

His first marriage, to Ruby Scarborough, resulted in one daughter. Seven years after Scarborough's death, he married Mildred Victoria Thompson.

He and former Louisiana Governor Huey Long served their respective states during the years of the Great Depression.

Fred P Cone Is A Member Of