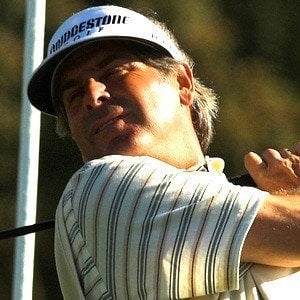 He developed his signature swing so he could drive the ball as far as the older kids on the golf course where he practiced.

As good as he was on the PGA Tour, he was an absolute master in the Skins Game, winning five out of 11 appearances.

His parents were Italian immigrants who changed their last name from Coppola to Couples. He was married to Deborah Couples from 1981 to 1993 and Thais Baker from 1998 to 2009.

He and future CBS sportscaster Jim Nantz were both on the University of Houston men's golf team.

Fred Couples Is A Member Of