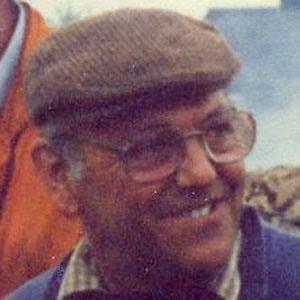 England's steeplejack who climbed the tallest towers and skyscrapers to work on clocks and chimneys, and became the most unlikely TV star.

He watched steeplejacks as a child, and after a term in the National Service he became one himself and in 1978, while repairing Bolton's Town Hall, he gave an interview to the BBC.

His warm, friendly personality and flat accent made him popular with viewers and he soon found himself the subject of an award-winning documentary along with invitations to host history programs.

He was born in Bolton, Lancashire to Frank and Betsy Dibnah who were both employed at a bleach works.

After an invitation to meet the Queen, he remarked with his customary humility that he looked forward to meeting Prince Charles, as the two shared "the same views about modern architecture."

Fred Dibnah Is A Member Of