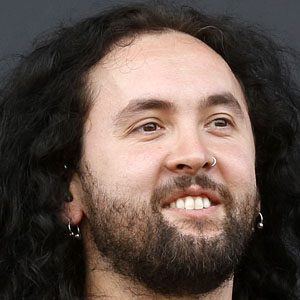 Best known for his work with the English power metal group DragonForce, this bassist and backup singer also played guitar and provided lead vocals for a French-based music group called Maladaptive. In addition, from 2000 until 2004, he performed with the French metal band Heavenly.

Early in his career, he played with a fusion band called Hors Normes and with a heavy metal group called Memoria.

He filled in for guitarist Rikard Sunden on a 2011 tour of the Swedish metal band Sabaton.

Born and raised in France, he later lived in England and toured throughout Europe.

He worked as a session musician for American guitarist George Lynch's hard rock band Souls of We.

Frederic Leclercq Is A Member Of