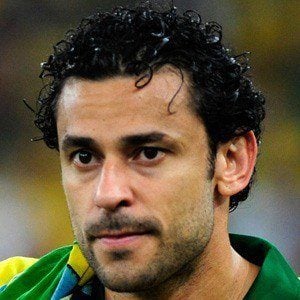 Striker born Frederico Chaves Guedes, who became a member of the Brazilian national team in 2005. He joined Fluminense in 2009 after spending four years with Lyon.

He began his professional career with America Mineiro in 2002.

He grew up in Teofilo Otoni, Brazil.

He joined Ronaldinho on the Brazilian national team in 2005.

Fred Guedes Is A Member Of