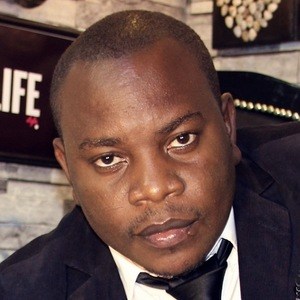 Radio personality, journalist, blogger, YouTube vlogger, voice artist and author who became the chief editor at Bongo5.com before joining Dizzim Online as well as Afripods as a manager. He launched his own online media company titled Sns (Simulizi na Sauti) in 2017.

He was hired as a radio presenter directly after high school in 2004. He worked at a new station called Victoria FM and was paid $22/month.

He has interviewed basically every Tanzanian celebrity.

He married Baby Lachman and has daughters named Cameron and Nicole.

He voiced his opinion on Kanye West's controversial topics about slavery from April of 2018.

Fredrick Bundala Is A Member Of