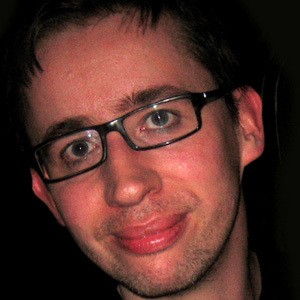 Swedish journalist and writer who is known for his coverage of pop culture. He is also known for hosting the podcast Hemma hos Strage where he talks with a wide range of artists and musicians about their favorite songs.

He started his career as a journalist working for the Swedish zine New Life in 1990. He then went on to appear in several other press outlets including Dagens Nyheter and Nojesguiden. In 2003, his writings appeared in the anthology De Missanpassade.

He has won several awards for his work in journalism including the Nojesguidens Pris award for Years Best Journalistic Piece in 2005.

He was born and raised in Linkoping, Sweden. He married Linda Leopold and together they have a daughter.

He has interviewed and talked to several musicians on his Hemma hos Strage podcast including Father John Misty, Brett Anderson, and Bobby Gillespie.

Fredrik Strage Is A Member Of