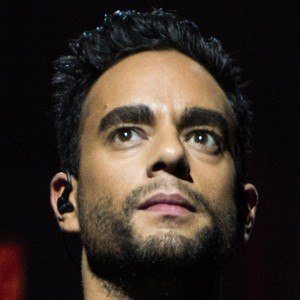 Dutch singer and actor who earned the lead role in the musical Joseph and the Amazing Technicolor Dreamcoat after winning the televised contest In Search of Joseph. He has gone on to star in productions of Aspects of Love and Beauty and the Beast.

He began studying piano at age eight. He starred in various musicals in high school.

He was nominated for Best Male Lead in a Major Production at the John Kraaijkamp Musical Award for his role in Joseph and the Amazing Technicolor Dreamcoat.

His father was a musician in the Philips Symphony Orchestra. He has dated actor Patrick Martens.

He and Diego Olivera have both starred in stage productions of Beauty and the Beast.

Freek Bartels Is A Member Of