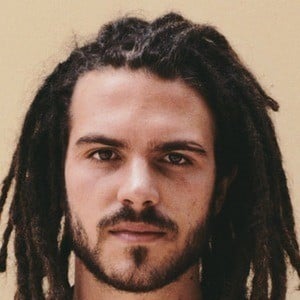 French producer, singer, and multi-instrumentalist who is widely known as one of the biggest names in the New French House scene. Some of his most popular tracks include "Skyline," "Lying Together," and "Instant Need."

He went to school for sound engineering. He joined the Roche Musique label in 2012.

He has performed at some of the world's biggest music festivals, including Coachella, Euphoria, and Lightning in a Bottle.

He was born in Paris, France. He married fellow musician June Marieezy in March 2019.

He recorded a remix of the Lianne La Havas song "Unstoppable" in 2015.

French Kiwi Juice Is A Member Of