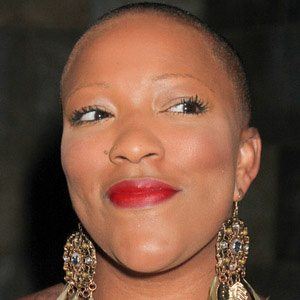 Former contestant of American Idol and The Voice who has performed in the Broadway production of Rent and of Little Shop of Horrors.

She attended Howard University. One of her first performances was in Jesus Christ Superstar with a German theatre company.

She became a controversial figure on American Idol after taking a topless photo prior to being on the show.

She was on the first season of The Voice with Christina Aguilera.

Frenchie Davis Is A Member Of