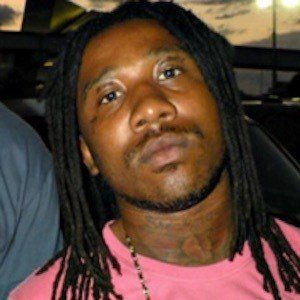 Greg Hogan, better known by his stage name Frenchie, is a rapper known as a member of Gucci Mane's So Icey Entertainment and 1017 Brick Squad. He is also a member of Waka Flocka Flame's Brick Squad Monopoly.

He began rapping at the age of nineteen and released his first professional track "Shirt Off" in 2008.

He has released more than a dozen successful mixtapes including Chicken Room, French Connection, and Long Over Due.

He is related to Debra Antney, the mother of Waka Flocka Flame and Wooh Da Kid. His father, Big Frenchie, was a notable gangster and drug dealer in the 1990s.

Prior to their mainstream success, he introduced Nicki Minaj and French Montana to future manager Debra Antney.

Frenchie Is A Member Of