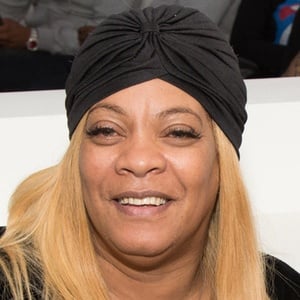 Founder and CEO of Mizay Entertainment, an Atlanta-based management company with clients including Gucci Mane, Nicki Minaj and French Montana.

She is the mother of Juaquin Malphurs, better known as rapper Waka Flocka Flame; she became his manager in the early stages of his career.

She was the oldest of nine children. She suffered a rough upbringing and was forced to sell drugs from a young age.

In addition to Waka Flocka Flame, she has four other sons and three adopted daughters.

Her son has frequently collaborated with Lex Luger, whom she's also represented.

Debra Antney Is A Member Of