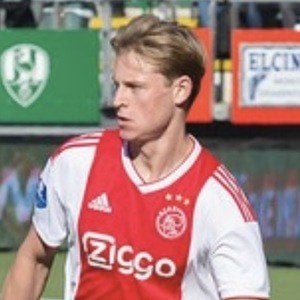 Midfielder who began his career with Willem II before appearing with Ajax for 10 appearances. In 2016, he began his longest-running professional tenure as a member of Jong Ajax.

He began playing with the Netherlands under-15 national team in 2012. He continued to play with the under-18, under-19 and under-21 squads as well.

He was born in Arkel, Netherlands. He's been dating Mikky Kiemeney.

He played on the same Jong Ajax squad as Ezra Walian.

Frenkie de Jong Is A Member Of