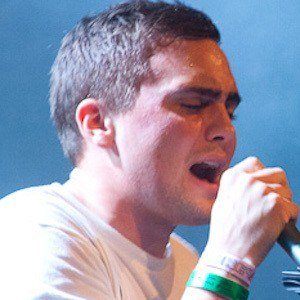 Notable for his singles "Hlio vio Hlio," "Fyrir Hana," and "A Sama Stao," this Icelandic vocalist and songwriter launched his pop music career in 2009 and released his debut album, Allt Sem Pu Att, the following year.

In his early teenage years, he was a founding member of and drummer for a band called Fendrix.

He acted in an episode of the television comedy series Steindinn Okkar.

He was born and raised in Hafnarfjorour, Iceland.

He and fellow Icelandic singer Fridrik Omar both started out as drummers.

Fridrik Dor Is A Member Of