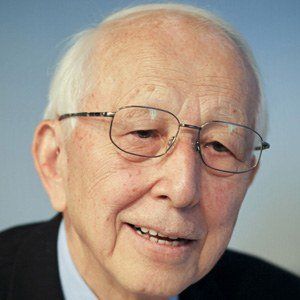 Architect who helped establish Metabolism, an architectural movement in Japan, in 1960. He was awarded the 1993 Pritzker Prize.

He was a student at the University of Tokyo and the Cranbrook Academy of Art. He earned a Master's degree in architecture from Harvard University in 1954. His first commission was Washington University in St. Louis' Steinberg Hall in 1956.

He designed Tower 4 at the former World Trade Center site in Manhattan.

He married Misao Matsumoto and had two children.

He and architect Eero Saarinen both attended the Cranbrook Academy of Art.

Fumihiko Maki Is A Member Of