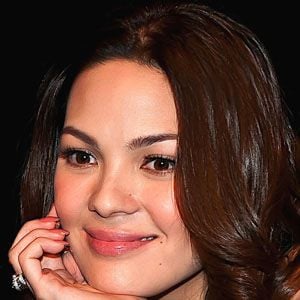 Filipina singer and actress who released her chart-topping first album, a.k.a. Cassandra, in 2008. She also starred in the 2011 film, Forever and a Day.

She graduated in 2007 from the American University of Paris.

She worked for the United Nations' World Food Program as a National Ambassador Against Hunger.

She was born to actor and singer Sharon Cuneta. Her half-sister is fellow singer Frankie Pangilinan.

She starred alongside Piolo Pascual in the 2009 series Lovers in Paris.

KC Concepcion Is A Member Of