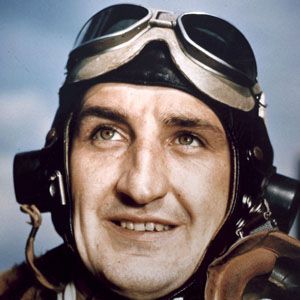 The recipient of two Silver Stars, five Air Medals, thirteen Distinguished Flying Crosses, and the Distinguished Service Cross (among other honors), this decorated United States Air Force Colonel was one of the American military's top fighter pilots during both World War II and the Korean War.

After retiring from the military, he spent just over two years as the director of the Long Island Rail Road.

He grew up in Pennsylvania as the son of Polish immigrants. His nearly five-decade marriage to Kay Cochran resulted in nine children, including three Air Force officer sons.

He and fellow American military pilot Pappy Boyington were both fighter aces during World War II; both men also spent time as prisoners-of-war.

Gabby Gabreski Is A Member Of