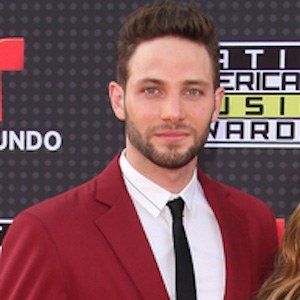 Soap opera actor known for his starring role in the popular telenovela Relaciones Peligrosas. He also appeared in several other Spanish-language soap operas, including Reina de Corazones and Somos tú y yo. In 2014, he earned two Premios Tu Mundo awards for his role in Marido en alquiler.

After training at the Conservatory of Music in Lara, Venezuela, he pursued careers in modeling and acting and, in 2007, was cast in Somos tú y yo.

A singer as well as an actor, he released his debut pop album, Desnudo, in 2013.

He was born and raised in Barquisimeto, Lara, Venezuela. His mother is Christina Petrilli.

He and Scarlet Ortiz both became known for their roles in Venezuelan telenovelas.

Gabriel Coronel Is A Member Of