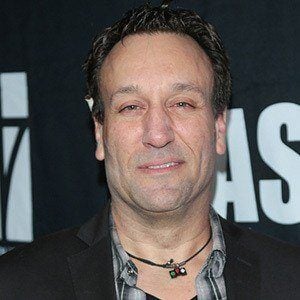 Known best for his teenage role as Mitch Taylor in the comedy movie Real Genius, Jarret also appeared in The Karate Kid: Part III and in episodes of Party of Five and L.A. Law. Throughout his lengthy acting career, he has earned over 35 credits for appearing in a variety of different films and television series'.

He made his screen debut at the age of ten in the Paramount Pictures comedy film Going Ape!

He acted in a 2003 episode of The West Wing titled "Guns Not Butter." He was born Gabriel Kronsberg. He also appeared in the film Apollo 13.

He and Val Kilmer co-starred in Real Genius.

Gabriel Jarret Is A Member Of