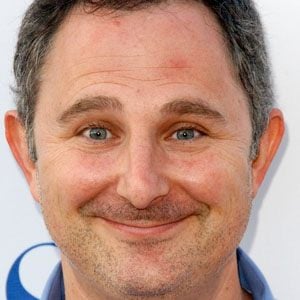 Prolific actor well known for his roles in Weeds and on the Disney TV show Austin & Ally. He has also appeared in feature films such as Apollo 13, Armageddon, Frost/Nixon, Transformers, and the Star Trek franchise. In 2017, he had a supporting role in the film Minkow.

He attended UC Berkeley, where he studied economics.

He appeared in an episode of Ugly Betty.

He married Dr. Betty Lee, and moved with her to Manhattan Beach, California. He has a brother.

He was on Boston Legal with James Spader.

Andy Milder Is A Member Of