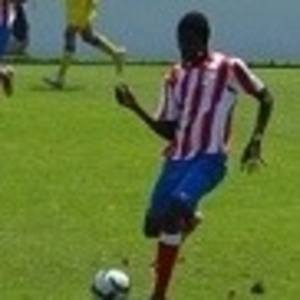 Most famous as a central midfielder for Atletico Madrid, this Zambian born soccer player also briefly signed with the Valencia football club.

He began his youth career with Charlton Athletic in his native Zambia and continued his early career with UD Almeria in Spain. He went pro in 2009.

A native of Avondale, Lusaka, Zambia, he relocated to Spain at the age of eleven.

Gabriel Kunda Jr. Is A Member Of