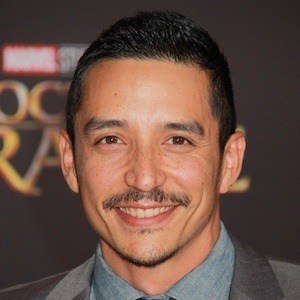 After first making a name for himself as Tony Bravo on the El Rey Network drama Matador and as Paco Contreras on ABC's Wicked City, he joined the Marvel Universe by playing Robbie Reyes' Ghost Rider on Agents of S.H.I.E.L.D.

After graduating from St. Edward's University in 2005, he made his onscreen debut in the feature film Fall to Grace.

In 2016, he starred as Lance Flores in Transpecos, a role for which he was awarded a Special Jury Award for Best Actor at the Nashville Film Festival.

He was born to Deborah Ann Perez and Gabriel Lopez Luna. His father passed away at the age of 20, only a few short months after his birth. He married Romanian actress Smaranda Ciceu in 2011.

In the ABC procedural Wicked City, he starred opposite Taissa Farmiga and Jeremy Sisto.