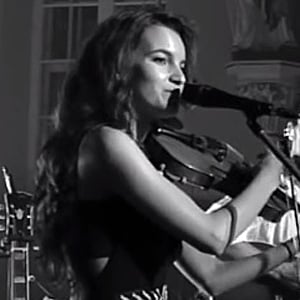 French Canadian singer and violinist whose first full-length release, the double album The Story of Oak & Leafless, was released in 2015. The following year, her performance of Coldplay's "The Scientist" on The Voice France went viral in 2016, earning more than 10 million YouTube views.

She first picked up a violin at age 6 and began singing at 11.

Her single "Cloud in the Sky" was used as the theme song for the Montréal en Lumières festival.

She was born in Saint-Basile-le-Grand, Quebec, Canada.

Prior to her solo career, she sang in a chorus for Sarah McLachlan.

Gabriella Laberge Is A Member Of