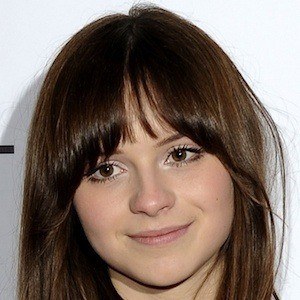 English singer who gained popularity through her acoustic song covers she uploaded on YouTube; her choice of music ranges from Paramore to You Me at Six. She has also grown immensely popular for producing original songs, and by May of 2022 her Spotify channel boasted an audience of over 3 million monthly listeners.

She focused on music while studying at the City of Bath College.

She traveled with singer Goyte as his opening act during one tour. Her YouTube channel has gained a massive audience, with over 1 million subscribers. The music video for her track "Home" has been viewed over 60 million total times since its release. Her 2013 debut album English Rain debuted at #2 on the UK Album Chart.

She was brought up in Bath, a suburb of Somerset. She has one younger sibling.

She often covered Paramore songs on YouTube, a band in which Zac Farro plays the drums.

Gabrielle Aplin Is A Member Of