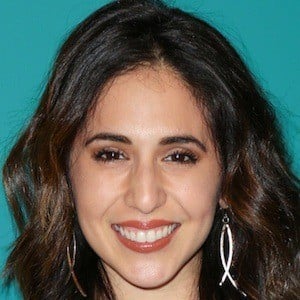 American actress most famous for her role as Valencia Perez on The CW series Crazy Ex-Girlfriend. She previously appeared on series like Law & Order: Special Victims Unit and Orange is the New Black.

She was inspired to become an actress after seeing her first Broadway show at age 12. She earned a Bachelor's degree in Performing Arts from Oklahoma City University.

She was named Best Supporting Actress at RIFE's Film Festival Awards for her work in Sex, Love and Salsa, which was her film acting debut.

Her parents are Eduardo and Sylvia Ruiz.

She began appearing alongside Rachel Bloom on Crazy Ex-Girlfriend in 2015.

Gabrielle Ruiz Is A Member Of