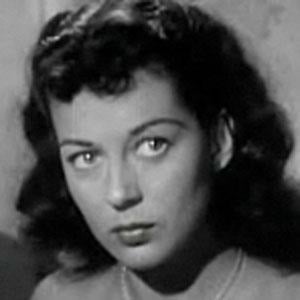 She became known for appearing in Angel and the Badman as well as The Uninvited, and died tragically at age 36.

She was recruited to act by Paramount Pictures because of her uncommon physical beauty, despite her total lack of acting experience.

Her career was cut short due to a severe alcohol addiction, which led to her driving her convertible into a coffee shop in 1957.

She starred opposite John Wayne in the 1947 film Angel and the Badman.

Gail Russell Is A Member Of