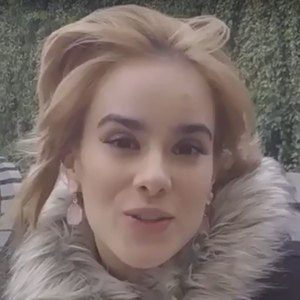 Initially famous for her role as Elena Fabregas on the Mexican situation comedy La Niñera (The Nanny), Montes later appeared in episodes of Secretos de Familia, Amar de Nuevo, and En Otra Piel. From 2015 to 2016 she appeared in The Lord of the Heavens.

At the age of seven, she made her screen acting debut in La Niñera's 2007 pilot episode.

She was nominated for a 2014 Premios Tu Mundo for her work in the telenovela En Otra Piel.

She was born Gala Fernandez Montes de Oca. She has posted several Instagram photos of her niece.

She was cast opposite actor and pop singer Alfonso Herrera in the 2013 horror movie Espectro (English title: Demon Inside).

Gala Montes Is A Member Of