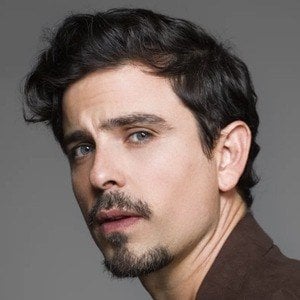 Actor who has starred in numerous Mexican films throughout the years, including Bad Girls (2007), Mariachi Gringo (2012) and Desde el Más Allá (2017). On television, he is known for playing Víctor Casillas Jr. on the crime drama The Lord of the Skies.

He trained at the Center for Actor Training for Television and began his career by appearing on an episode of La Vida es Una Canción in 2004.

He was nominated for a Premio Tu Mundo for Best Male Villain in 2017.

He has younger brothers.

He co-starred with Sissi Fleitas in the paranormal mystery Desde el Más Allá (2017).

Jorge Luis Moreno Is A Member Of