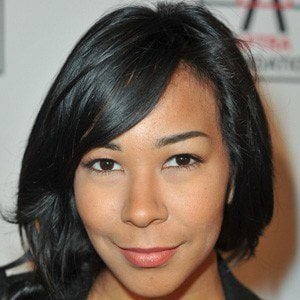 Choreographer and photographer who was a back-up dancer for singer Janet Jackson. She also worked as a model exclusively for Nike's Dance and Sport Culture lines.

She danced with a troupe that won the Star Search competition in the early 1990s. She continued dancing professionally while earning a Pre-Law degree from Penn State.

She worked as a choreographer and dancer for a popular dance troupe called The LXD (The Legion of Extraordinary Dancers).

She was born in Los Angeles to a family of Afro-Brazilian and Japanese descent.

She choreographed Britney Spears' Til the World Ends music video in 2011.

Galen Hooks Is A Member Of