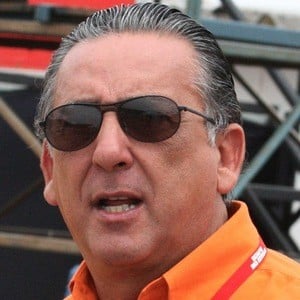 Play-by-play announcer who has announced Formula One races and Brazilian soccer matches for Rede Globo. He has been the voice of the Brazilian national team internationally, beginning his streak of consecutive FIFA World Cup tournaments announced in 1994.

As a teen living in São Paulo, he practiced volleyball, soccer, swimming and other sports. He studied physical education in college.

He is the inspiration behind the popular Brazilian internet meme "Cala a Boca Galvão," which originated during the 2010 FIFA World Cup.

He married Desirée Soares in 2000. He is the father of racing drivers Caca Bueno and Popó Bueno.

He was close friends with late racing driver Ayrton Senna.

Galvão Bueno Is A Member Of