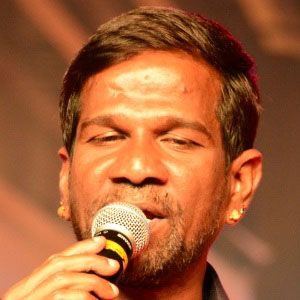 Famous as a Tamil (Kollywood) playback vocalist, Bala is most famous for performing the songs "Nadukadalula Kappala" and "Aadi Pona Aavani" for the 2012 romantic comedy movie Attakathi.

He almost single-handedly brought about the revival of the Tamil Gaana music genre.

He often performed the songs of GV Prakash Kumar and other prominent Indian film composers.

Gana Bala Is A Member Of