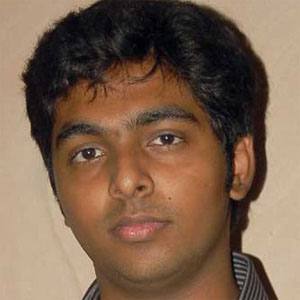 Indian film composer and singer known for his work on popular Tamil films like Pakka Thirudan and Mayakkam Enna.

He studied at Chettinad Vidyashram and sang on the soundtrack for his first film, Gentleman, in 1993.

He won the MTV VMAI Award for Best Regional Music Video for his work on the song Uyirin Uyire, from the action film Thaandavam, in 2013.

He married the singer Saindhavi in 2013.

His first film composing job was the film Veyil, produced by the respected director Shankar.

Gv Prakash Kumar Is A Member Of