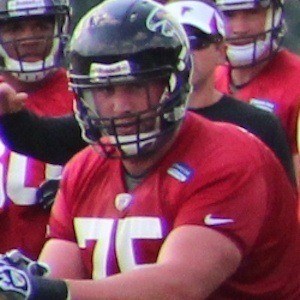 Offensive guard best known as a member of the St. Louis Rams in the National Football League.

Outside of the Rams, he has also played football for the Detroit Lions, the Atlanta Falcons, and the North Carolina Tar Heels.

He is the nephew of former 49ers player Jack "Hacksaw" Reynolds.

As a member of the St. Louis Rams, he has been coached by Jeff Fisher.

Garrett Reynolds Is A Member Of