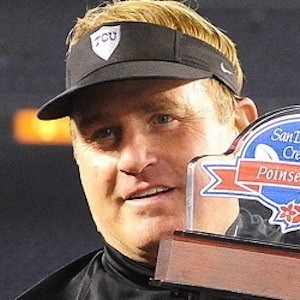 Football guru was honored as Coach of the Year by Sporting News and the Associated Press with TCU in 2009.

He played safety and linebacker at Kansas State University from 1980 to 1981.

He helped Texas Christian University secure a 116-36 record during his first 13 seasons as the team's head coach.

He has three sons, Josh, Cade and Blake and has been married to his wife Kelsey Hayes Patterson.

He coached LaDainian Tomlinson during his first season at TCU.

Gary Patterson Is A Member Of